Down the Rabbit Hole - Books One And Two 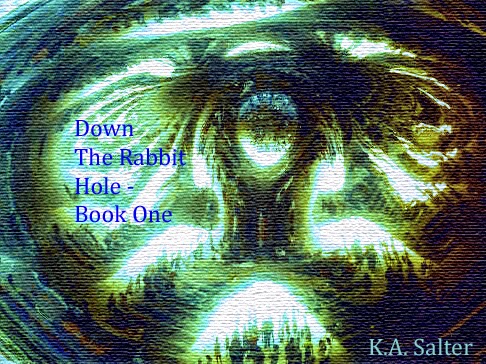 I will be the first to admit that I have not kept up with this blog (or All The Rods either for that matter) as I initially intended to. It's not for lack of interest but mostly because my life has changed just that much in the blink of an eye. I've already covered how much things have changed but my creativity in the past ten months has gone through the roof. I believe that a lot of that has to do with change of lifestyle and stress level.

When I changed the outer, the inner had to change as well and I'm better for it. Due to the fact that I've moved geographically, the energy in my new dwelling has shifted my creativity level to one that I never could have fathomed. I enjoy better focus and clarity in my new digs and it doesn't hurt that the lady who owns the home I'm presently living in is also a novelist as well. In short, the energy is good where I am and it has allowed me to create beyond my dreams.

I finished 'Deja Vu' in September 2014 and took a lot of time off before starting something else. I had initially planned to go right into a prequel/sequel for that novel but it just did not work out. I had a good head of steam going in but I began to lose interest fast. I decided to veer away from it, imagining that at some point in the future I would come back to it but that wasn't to be...

'Down The Rabbit Hole - Book One'  was something that had been in mind for some time. It had begun as a figment of an idea that as I began to write, sort of played out in my mind and became its own story after a while. This novel was started on January 1, 2015 and I am still adding to it and editing it, fleshing it out as I like to say. At the same time, I am also in the midst of creating 'Down The Rabbit Hole - Book Two'.

I have to admit that as much as I love to write, working on both of these novels has been both a trip down memory lane and a walk in the park as well. Both novels feature the music business very prominently in them and the playlists in my iTunes account are numerous. I have watched and listened to more live concerts on YouTube than ever before, seeking a lot of inspiration from each. I also would have to say that the lyrics in a good bit of the songs in my playlist have been re-imagined into both novels.

I am not a musician but music is such a big part of my life and always has been.  I sort of see both of these books as my way to pay tribute to the bands and the fans that have inspired me through the years.

The synopsis of  'Down The Rabbit Hole - Book One'  surrounds a young American woman who is living in London during the mid-1980s and the people she involves herself with including an unhappily married young musician who becomes obsessed with her. This first book chronicles their time together on and off from late 1984 to early 1999 and how both of their lives change. This novel seems to have a very tragic ending but in actuality, it is a rebirth.

'Down The Rabbit Hole - Book Two' picks up when the rebirth is a few years in and follows the  woman from 2004 to the present time. This novel shows how this woman, now in her early fifties, has changed her life and re-invented herself. She wears a lot of different hats, trying on various vocations and even doing several at once. She shows us all how you are truly never too old to begin again and that the power of forgiveness can set you free. 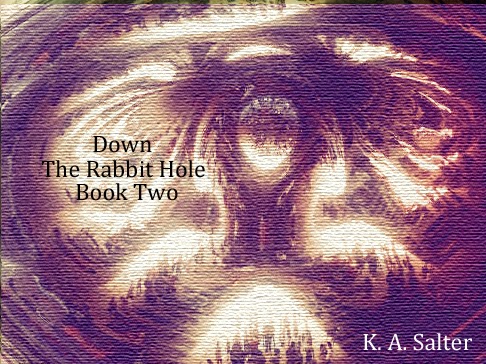 Plans for both novels include Kindle uploads with an eye towards physical softcover books at some point thereafter.

I would like to extend a huge thank you to my dear friend Joy Hawkins for agreeing to let me use her awesome photo! I had been looking for something a bit out of the ordinary as the cover image and the first time I laid eyes on this photo, I said "That's it! Perfect!" It's up to you all to first figure out what this is and where it was taken. I know that this cover might turn a few heads, that's the hope at least.
Posted by Unknown at 10:48 AM