Peter Kirkiles is an old friend from childhood who is an amazing artist in his own right. Feel free to check out this page.
Posted by Unknown at 4:46 PM No comments:

Looking in the rearview mirror...after the Festival 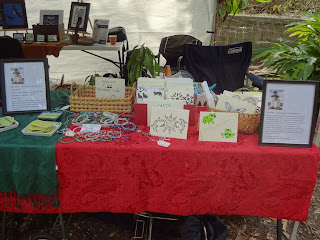 My display at the Green Frog Moon Festival March 16 & 17.

Almost immediately upon setting foot in the area known as Sacred Lands, I knew that I was in the right place for an art event. The vibe was such that I felt calm and at ease in a way that I haven't for some time. Sacred Lands was the venue for the 2013 Green Frog Moon Festival last weekend. If I had my way, I'd still be there. Sacred Lands is a spot of paradise situated in St. Petersburg, FL in a part of town steeped in history. (For more info about Sacred Lands, I suggest that you visit www.sacredlandspreservationandeducation.org as well as the FB page-Sacred Lands Preservation. There is also an excellent article about Sacred Lands and you can find it here-www.theexpressionist.com/2011/03/31/a-sacred-land.)

I was at the festival both days, sharing my space with artist Barbara Lewis (Wildhawk Studio) and Joy Hawkins (A Little Peace of Joy). 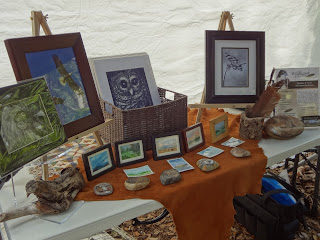 This is Barbara's table from the Green Frog Moon Festival. She was displaying and selling scratchboard pictures, as well as some of her photography and painted miniatures. She also paints on rocks as well. 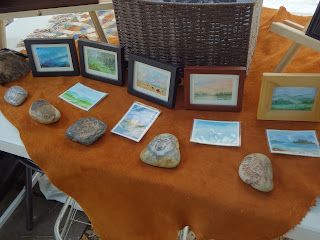 In the above photo, you can see the painted miniatures as well as the rocks. 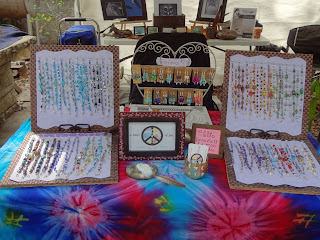 And the above is Joy's setup for the Festival last weekend.

We had a total blast at the Festival. We all were working on various projects at the same time that we were hawking our wares. 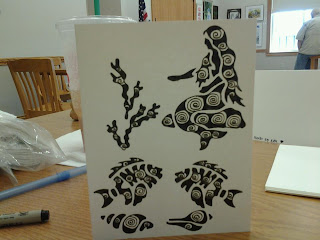 This card is a copy of one that I sold last weekend at the Festival. I used my sea creatures stencil and filled it in with Printemp Zentangle.

Mostly, I was selling cards and $1.00 bracelets. The cards sold really well and I must say that people really seemed to like them. I took a walk about and looked at other people's wares and didn't see anyone else selling cards at all. I'm really happy that people seem to be getting so much out of them. (As an aside, I've already had people request custom-made cards for birthdays and things of that nature.) 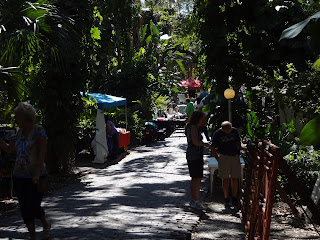 I took this photo from the top of the brickwork road looking back down towards where a lot of the vendors were. Our booth/space is over to the left; you can see my red tablecloth.

From what I understand, the Anderson family lives on this property year round and rents it out for weddings as well as various events. Drum circles and meditation groups meet here regularly as well. The location is right on Boca Ciega Bay. 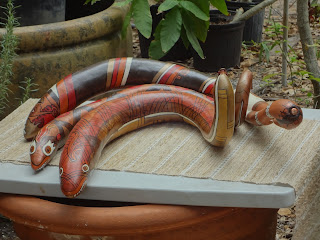 A good bit of the art and crafts that were being sold were of the Native American persuasion. I saw these awesome wooden snakes for sale and took this picture. 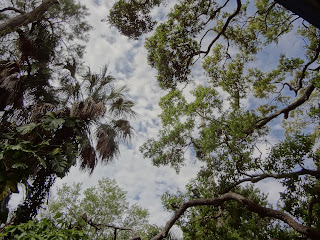 At one point, I happened to look up into the sky and took this photo. The weather could not have been nicer or the atmosphere more relaxed.

In between bouts of creativity, I took a walk about the property and took a few more photos. 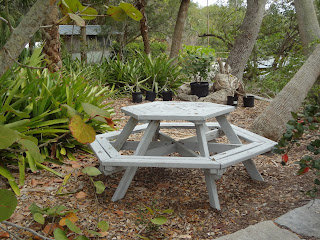 The above is a shot of a picnic table in a small clearing. 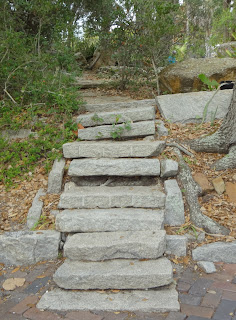 I loved the way that these steps looked, so I managed to get a shot of them. 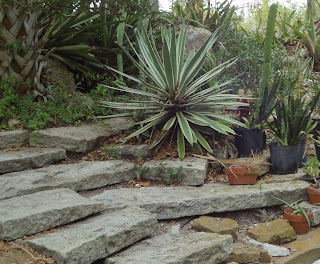 More of the lush and native plants growing at Sacred Lands.

There was one other thing that made this place very special, there were wild peacocks everywhere! Joy, Barbara and I could not take enough photos. We had a fence running along behind where our tent/booth was and we have several feathery visitors hanging out up there. 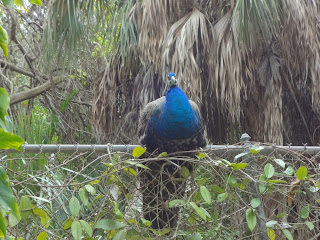 It was almost as if this guy was posing for us. I think that the peacocks are very used to people and didn't really shy away from us. 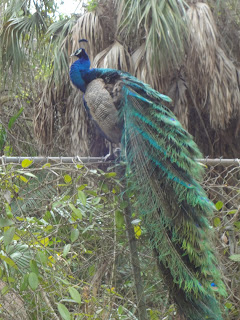 Another one. So beautiful and majestic. 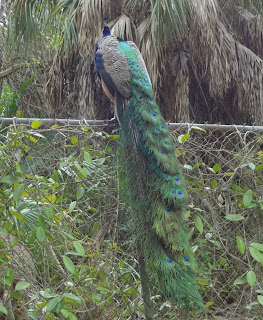 Same one but with head turned away.

When the three of us came to set up our tent on Friday night, we were visited by these guys... 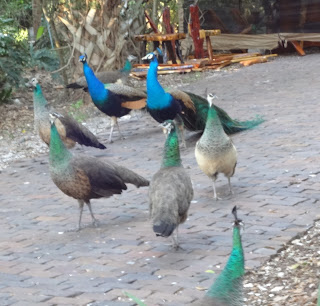 It's the March of The Green and Blue.

The peacocks at Sacred Lands also would fly up into the trees and roost there during a good part of the day.   The only thing that was bad about them doing that is that you had to keep one step ahead of their special brand of missiles...also known as bird doo. This is why having a tent over one's wares and art was a brilliant idea or else...let's just suffice to say, it wouldn't have been pretty.

Out of all the venues that I've had a tent, this one was by far the best, if not only for the great and friendly people but also for the venue which could not have been nicer. The weekend certainly made it worth my while and I cannot wait to go back and do this again next year.

All The Goods will be participating in the upcoming Green Frog Festival in St. Pete, FL. It is going to be held March 16 & 17th and I will be planning on being there both days. Fingers are crossed for good sales.

I've never worked any kind of festival or art show on St. Patty's Day but I'm sure it will be interesting. I have plenty of green bracelets ready for sale as well as some green frog cards. The plan is to sell cards, anklets and bracelets. 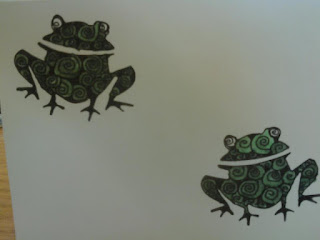 These are the same Zentangle frogs from last week, only I've added some green to them. 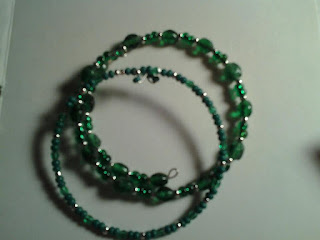 Small sample of what I have going on in terms of bracelets. (I apologize for the quality of the photo; the lighting is terrible in here.) 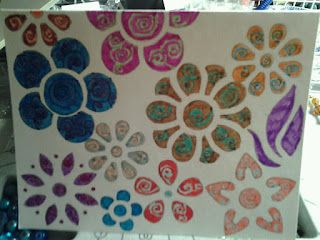 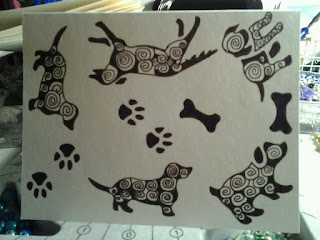 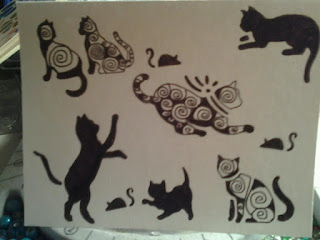 And that, folks, are just some of the things I will be selling next weekend. I'm going to start on the ankle bracelets this weekend and will post those photos soon.

All The Goods interviewee Joseph P Genera is in this episode. Hurray!
Posted by Unknown at 3:25 PM No comments: