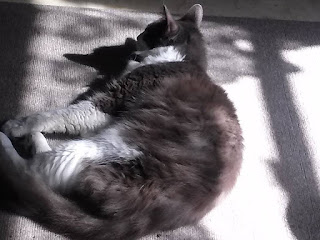 Now is the time to heal, to mourn, to cry and mostly to remember....

It has been a very long time since I've written this blog. My life over the past year took quite a turn and I wrote and published nine books, which took me away from here. I'm going to try to be better about writing more frequently over here.

The year thus far hasn't been an easy one. 2015 was awesome and 2016 has a loonnng way to go to even begin to compete with last year in terms of greatness. There has been way too many losses this year in the entertainment venue as well as personally. Just last week, I found out that a good friend and a person who I had interviewed for this very blog had passed from cancer. I had not even know that he was sick.

Two weeks before that, my precious cat Magnum passed away very suddenly. He was just shy of his tenth birthday and had been relatively healthy up to that point. I came home from work to find that he had died at some point during the day. He was my ally, my friend...more than a pet. He was with me through some of the worst times of my life, never demanding, always willing to listen. Always a calm and reassuring presence. 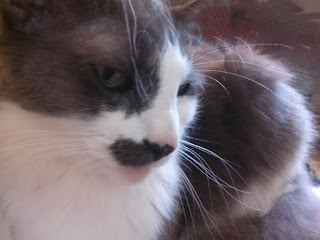 Also he was extremely photogenic and had to put up with a lot of my taking his photo. He also served as the cat model for the cover of my first kids' book (Fat Cat - A Small Tail). It's just not the same without him here.

People keep asking me when I'm going to get another cat. I'm not even there yet. I might not be there for some time either.

So I had been mourning him pretty heavily and then last week had found out about my friend dying from cancer. The sucker punch of the week was capped off last Friday when I found out that one of my favorite musicians of all time had taken his life. One death is bad enough but two in one week was nothing short of brutal!

Before and during all of this, my creativity had taken a nose dive and had more or less dried up. I have ideas for writing projects but no 'get up and go' to get them off the ground. I don't know if I've just totally burnt myself out from all the writing last year or what. I know that I'm going to get back to them soon. (Fingers crossed.)

I've been picking away at a writing project with no expectations for publication but more so to get my mind back in the game again. I'm trying to jump start my interest in doing this and hopefully it will inspire me to get back to writing.

But right now, I'm just going one day at a time, trying to process through the pain and sadness that has cloaked me this year so far. 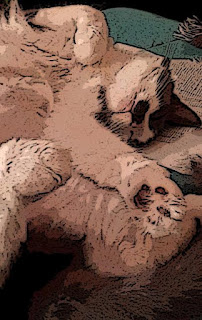 Posted by Unknown at 5:11 PM No comments: