All The Rods...All The Time 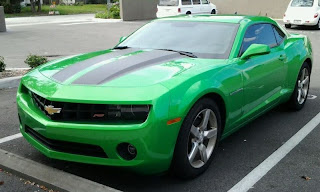 Long before the idea for All The Goods...All The Time had taken root, there existed All The Rods...All The Time. This was actually a saying that I would use whenever I was out driving around and seeing some great cars. Before we go on, you have to know this about me...I love cars! All of my friends know this and accept this fact. It's just one of those things. Now that All The Goods has gained some mileage (a car reference, of course), I felt it was time to back All The Rods...All The Time out of the garage and take it for a spin. (You knew this was coming, right?) But I digress.

All The Rods was one of the 'behind the scenes' things that I've hinted at in other posts. I just needed to sit down and work out what I would write about. (Oh, don't worry! All The Goods isn't going away anytime soon; it's just being modified.) A little history first about the All The Rods concept...

It wasn't until the past fifteen years or so, that I began to develop my interest in cars, trucks and everything in between. Before that, they merely existed to get me from Point A to Point B, although as a youngster, I recall being interested in the beauty and grace of older classics and American Muscle of the day. About thirteen years ago, I fed my growing addiction to cars by purchasing the PT Cruiser. I fell in love at first look and that love really hasn't died off, it's only been joined by the love of many other cars. It seems that whenever I get addicted to something, the first thing I do is rush off and find other like-minded people to share my addiction. This addiction to the PT Cruiser led me to the amazing bunch of people in the Tampa Bay PT Cruiser group.

I joined that group in 2001 and am still a member, as are many others. Most of them have sold their PT Cruisers and have bought everything from a Smart Car to a Prius as a replacement. We still manage to get together for dinner every now and then. Just because the car went away, doesn't mean that the friendships have died off. A good bunch of those folks are on Facebook and we're still interested in each other's goings-on. As the membership in the Tampa Bay PT Cruiser group grew, we began to participate in tons of car shows. It was in doing these shows that my appreciation and desire for other vehicles grew by leaps and bounds. At any given car show, the pictures I took were not just of PT Cruisers. I took tons of shots of Mustangs, Camaros, vintage trucks and other things too. Anything that looked cool and I liked I took photos of.

I don't do the car shows anymore. That sort of petered off as more members of the Tampa Bay PT Cruiser club sold their cars. Instead, I make up for missing the shows by taking as many photos of other peoples' cars as possible. I am forever seeing something gorgeous, unique or just plain awesome, whether in traffic or in a parking lot such as the Camaro photo in this post. I found that bad boy outside a local market. It is my favorite color for the new generation Camaro. 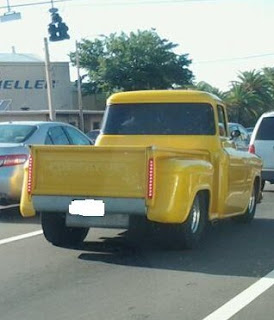 Old truck seen while at a stoplight

The above photo is just one of many examples of the sorts of things that catch my eye on any given day. I'm not quite sure what the model is on this old truck but I can see that it's been modified a bit. I had my window down and I could hear the thrum of that engine as I sat there, taking it in. One of my quirks while in traffic is to mute whatever is playing on the car radio and lower my window to listen to the music of the road, in particular anything with dual exhaust or a huge hood scoop. Yeah, I'm sniffing noxious gases, but the sounds coming out of these beauties is some of the prettiest music I've heard. I'm sure I'm not the only that does this. 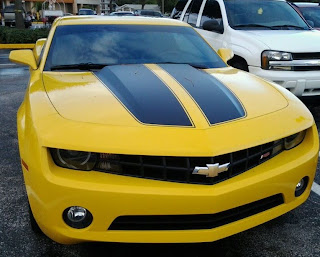 Bumblebee is a character from the Transformer movies; he's known as an Autobot. He's one of the good guys; the bad guys are the Decepticons . It's kind of interesting the way I got into the whole Transformers thing. I never watched the cartoons when I was younger. I'd heard of the Transformers but had little to no knowledge about the whole concept. A few years ago, when I still had HBO, I watched the first Transformers film and instantly fell in love with it. I loved that there were cars/trucks that turned into robots and the idea really appealed to the little kid in me. Bumblebee was the character that resonated with me the most. The first Transformers movie came out in 2007 and I didn't see it on TV until early 2009. In 2007, the new generation Camaros weren't even on the marketplace and I saw none in traffic. I remember thinking that it would be so cool if GM put that Camaro on the road. People had been clamoring for the return of the Camaro after they stopped making them in 2002 or so. Now that the new generation is out, I see tons of them. GM has even brought them out in a convertible as well.

I'm one of those people that loved the whole retro idea that a lot of the Big 3 automakers had come up with. The Ford Mustang is a great example of this. A close friend of mine bought a 2007 Stang because it reminded her of how they used to look in the 60's. Ford really hit it out of the park on this one; they sold like crazy. The Mustang is one of my favorite cars and I love every generation of them. 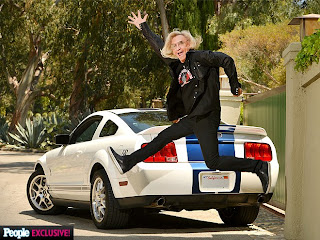 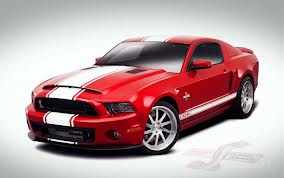 The Super Snake is a car on my Bucket List of dream cars to test drive. I've done a lot of test drives in my day. In late 2010, I attended the Tampa Bay International Auto Show and they had a program there for people that wanted to test drive different GM models. Naturally, they included a Camaro and then the Camaro SS. The only restriction was that you also had to drive another GM product aside from the Camaro. I drove a Chevy Cruze which was a fun little car with surprising pickup as well as an enormous GMC Sierra Denali. The Sierra had a lot of pickup (get it, pickup? Snort!) for such a huge truck. I liked the features of the Camaros I drove but the only issue I had is that I couldn't clearly see out of the windows. I once heard a guy on a radio talkshow say that it felt as if that car had portholes. The thing is, I'm short and I need to be able to see. This is another reason why the PT Cruiser was so appealing; it offers enough windows for me to see very well out of from all angles. I've also driven a V6 Mustang in early 2006 at a local dealership. I could see out of those windows and had a blast driving it. One thing I did like about both muscle cars is the way that the front seats felt. I felt like I was being hugged. I think that's the allure of the bucket seats; they're low to the ground and they seem to mold to one body better than a standard seat in another car model. Tell ya what, my seat in my PT does not feel like that; I wish it did.

Anyway, as I progress through All The Rods...All The Time, I will probably talk about local auto events and everything in between. As I get a flash of inspiration, I will come and share it here with all of you. The thing that I probably won't touch on much is the technical aspect, meaning anything under the hood. I really don't know enough to talk about that, so I'll refer you to the people that know this stuff like the back of their hands. Just Google Auto Blogs and you'll probably find them.

Posted by Unknown at 7:42 AM No comments:

All The Goods is still here! 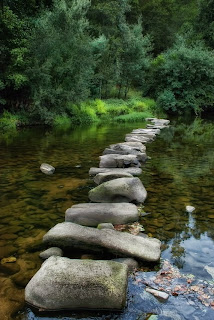 Got some new things on the horizon for this site; been working on stuff behind the scenes. Trying on new ideas and discarding others. Will be back writing soon.
Posted by Unknown at 6:10 PM No comments: