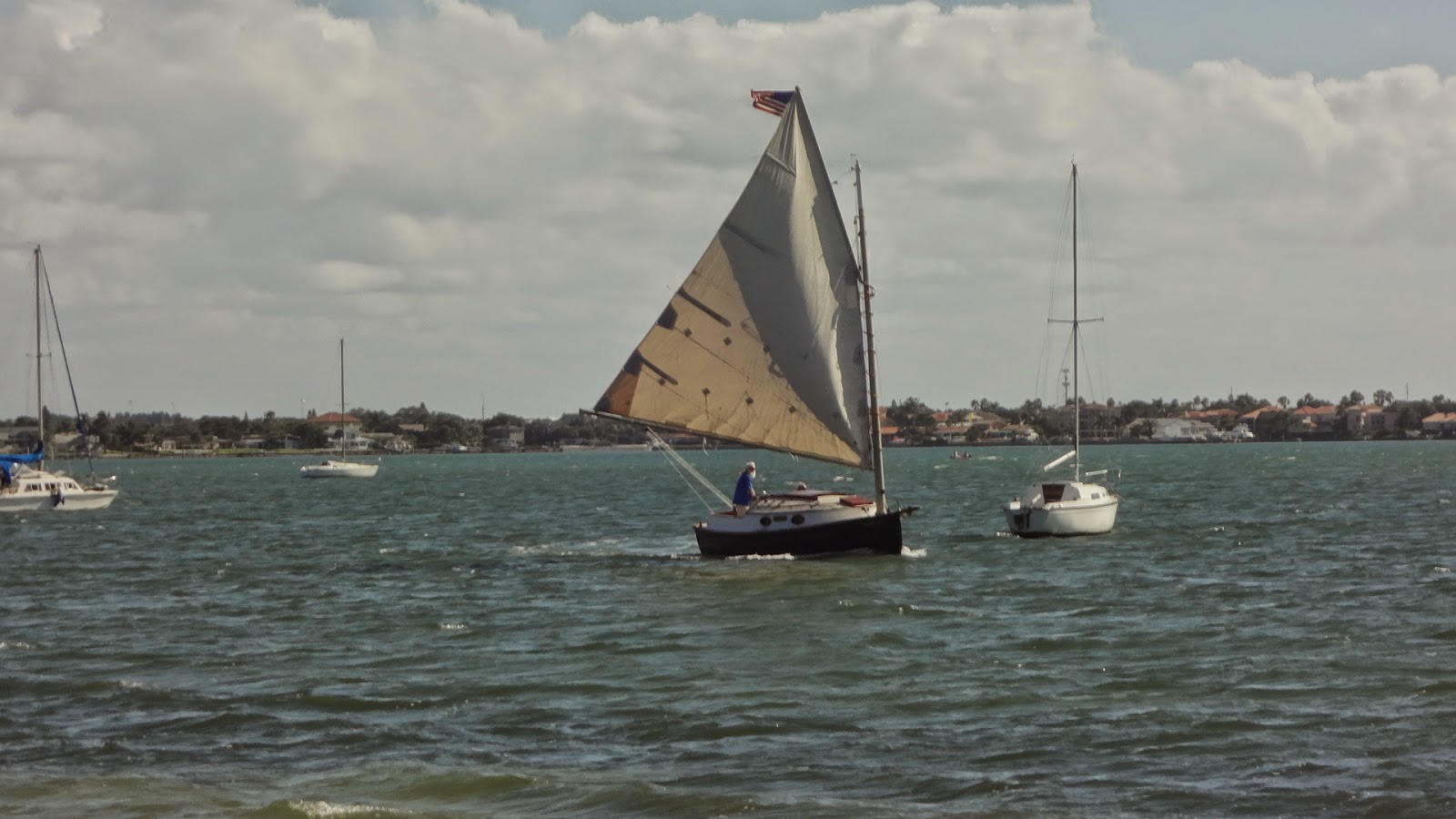 I had taken a Saturday afternoon to meet and listen to author Tim Dorsey at the local library. At the time, the specter of potential job loss loomed large over my own head and those of my coworkers. I was doing my level best to find cheap/free pursuits that made me feel good as an escape for how much things sucked or the multitude of worries that weighed heavily on my shoulders. Had I known a year ago how much things would change, I would have been floored. I certainly would not have believed it. Little did I know that a mere few days later, I would lose a job that I loved and a chain of events would unfold that would change my life for the better.

I remember being very afraid of what the future held. I also had made the error of trying to maintain a lifestyle and standard of living that no longer fit me. I was doing what I thought I  "should be doing" as compared to what I "wanted to do" or what just felt right and natural. I don't claim to have all the answers and everyone's path is different but one thing I have leaned that when you try to force things, disastrous results are often the outcome.

I will say that the past year has been one of the hardest in my life but really when you get right down to it, I wouldn't trade any of it for anything. I had to go through all of that to get to where I am now and from where I sit, things are not nearly as stressful as they were even as much as six months ago. I can feel the difference tenfold. Most people I see that I haven't seen for a long time have noticed the change. They remark at how 'happy, at peace' and 'not as stressed' I appear to be to them.

I also had to give up a lot and for some people, it might look like great sacrifice but for me it was things that I had outgrown a long time ago. Currently, I am finally again working for a decent company that has a lot of potential and opportunity. I am living in a quaint and quirky section of town that is nice and peaceful. I have given up my old home in the process of starting over among many other things. I am living in a smaller space now and love it!

Along with the physical changes of moving and growing, I have also bitten the bullet and taken far more creative chances in the past year beyond my wildest dreams. It was in February that I made 'For All Time' available to the masses. Could it have been written better? Yes! Could it have been better overall? Agreed! But I got off of my ass and did it. Same with my art. As opposed to being a shrinking violet, I have gotten out and went looking for the right people in the proper situations to get my photography and such out to the general public, along with a sprinkling of self-promotion.

I am not even close to finished. I was recently made aware of another opportunity which will enable me to both move forward with my life as well as finally purchase ISBNs for my novel. I plan to remain with the company I am working for now with an eye to making a prosperous future with them along with pursuing more creative endeavors in my free time. The things I gave up to get where I am now are more than worth it.

The only regret? Not doing all of this so much sooner. But then again, I am a firm believer in the fact that when we are ready to change our lives, it will happen when it is supposed to. And on that Monday almost a year ago, what was supposed to happen did.